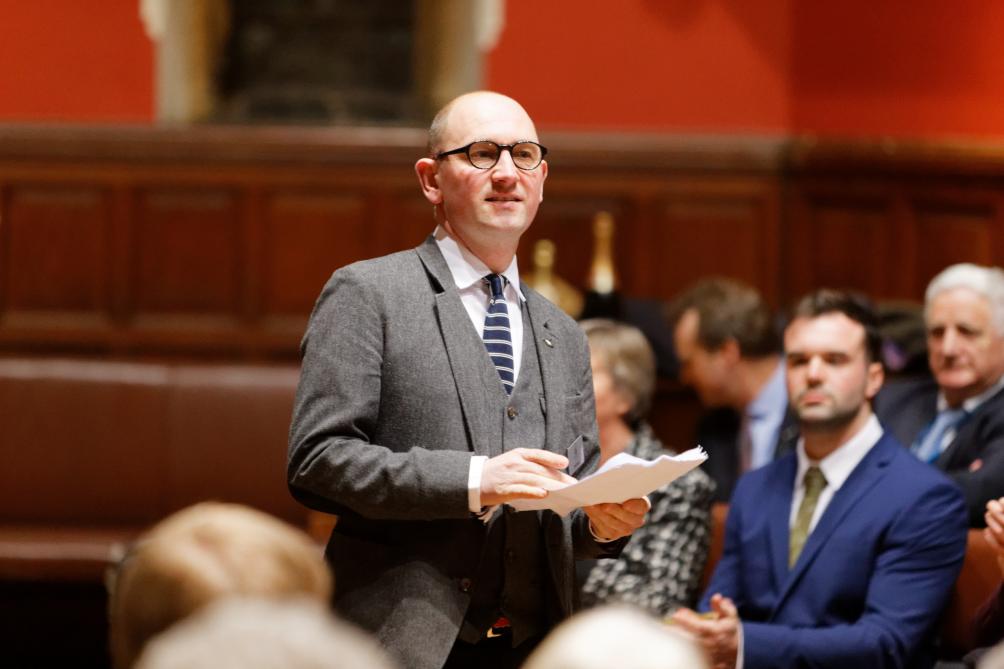 Family members pose the most significant risk to the success of the UK’s family farms, according to delegates at this year’s Oxford Farming Conference.

Attendees voted 182 to 157 in favour of a motion which said the biggest threat to the family farm is the family farm itself at the conference’s annual debate at the Oxford Union (4 January).

Lincolnshire flower grower Matthew Naylor (pictured above) argued that family farms prosper despite families - not because of them - in his opening speech to the house.

“Family farms are more resilient to threats because they are so committed to the job,” he said.

Family members are prepared to take wage cuts and work long hours when things go wrong and prices are hit. “The problem is when something goes wrong with the fabric of the family,” he added.

Family fall-outs, relationships between family members and poor decision-making mean that things happen in family businesses which wouldn't happen in the corporate world.

“It’s hard to do business when you’re mum is at the board table telling you to adjust your tie,” he said. “How many people on the board of a bank can say they have their bottom smacked by one of their fellow board members?”

“My farm has been driven down by ego,” she said as she described the often difficult relationships between her family members.

“There’s no escape. On family farms, small irks spiral out of control as you cant avoid each other.

“And what happens when family members want to cash-in?” she added. “It leads to the demise of a family business.”

However York beef, sheep and arable farmer Rosie Dunn argued that family farms are the future of British agriculture.

“The family farm is alive and well in all its forms,” she said. “Family farmers are innovative and have embraced new technologies. We’ve moved with the times.”

Mrs Dunn said family farms provide huge opportunities for those who seize the potential, while they also gave women key roles in business - something which should be applauded.

Fellow opposition debater and beef farmer Jack Sitwell agreed that women were pivotal in family farms, and said that families provided support you couldn’t find in other businesses.

“Families provide reassurance to help you move forward,” he said. “Families are good at problem solving.”

Delegates’ opinions were equally varied. “Greed and jealousy will ruin our farm,” said one young farmer who agreed with the motion.

NFU Vice President Guy Smith said the human element of agriculture made the industry what it was, while one young farmer said in dire times, family brings people together. “Where is the love?” she asked Mr Naylor.