Gove's Look Into The Future 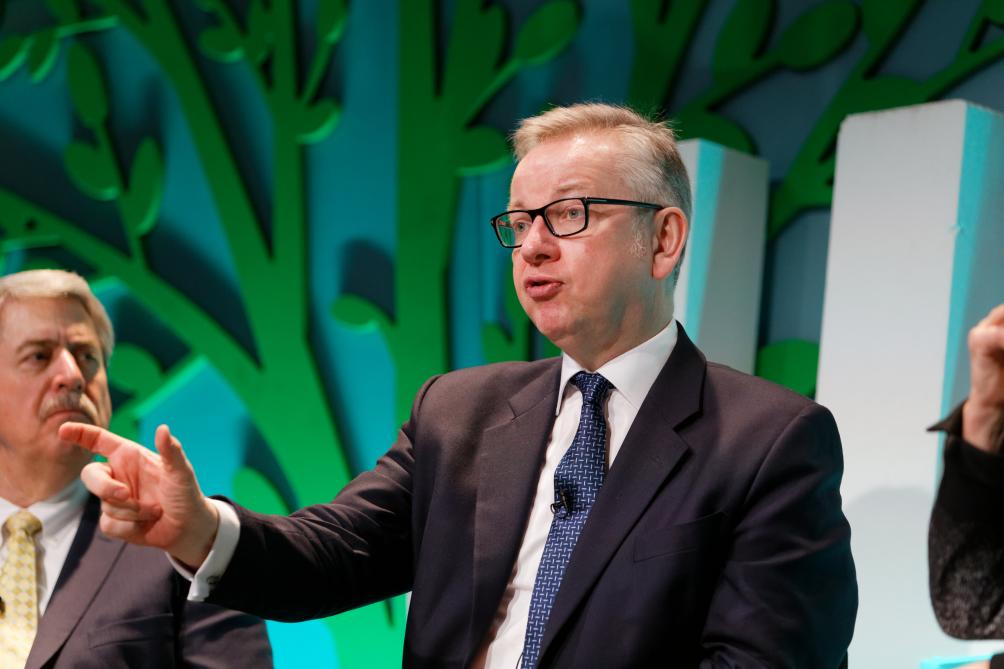 Secretary-of-State for Defra, Michael Gove, said if UK Agriculture does not embrace change it will be left behind, and that Brexit offers the opportunity to shape that change and how the challenges ahead are met. Speaking this morning at the Oxford Farming Conference, Mr  Gove outlined the Government’s plans to support UK agriculture, food production and trade going forward in a wide-ranging proposal.

In his paper, Farming for the Next Generation, Mr Gove guaranteed farmers the same level of subsidy until 2024, but said that CAP was created for a post-war world which is no longer relevant.

“Paying land owners for the amount of agricultural land they have is unjust, inefficient and drives perverse outcomes. Indeed, perversely, it rewards farmers for sticking to methods of production that are resource-inefficient”.

As well as moving away from subsidies, Mr Gove’s proposals for future agricultural policy were based on incentivising innovation and giving the farmers the tools they need to progress, while maintaining the UK’s reputation for quality food and high welfare, and building on natural capital to sustain the countryside for the future. He also spoke of the Government’s responsibility to public health in his wishlist:

“I want to ensure we develop a coherent policy on food - integrating the needs of agriculture businesses, other enterprises, consumers, public health and the environment.

“I want to develop a new method of providing financial support for farmers which moves away from subsidies for inefficiency to public money for public goods.

"I want to give farmers and land managers time and the tools to adapt to the future, so we avoid a precipitate cliff edge but also prepare properly for the changes which are coming.

"And I want to ensure that we build natural capital thinking into our approach towards land use and management so we develop a truly sustainable future for our countryside.”

Mr Gove emphasised that much more is changing in the world beyond the EU, with unprecedented population growth, rural migration to the cities and a global middle class calling for more, and quality, food.  Brexit offers the UK an opportunity to respond to the changes, and to lead the way in high quality food and technology, he said.

“We can’t stop change coming, we simply leave ourselves less equipped to deal with the change. There is a tremendous opportunity for productivity in our farms. We have some of the best performing farms in the world and there is no reason why our farmers cannot lead the way in achieving better levels of productivity throughout adoption of best practice and new technologies.”

Mr Gove recognised that there is much more to 'natural capital' than its economic value, and that preserving the landscapes is important for the public good and the general well being of the population. He also noted that supporting technology in agriculture is for the public benefit, through employment and rural resilience as well as production.

“We can and should invest in both technology and infrastructure. We can direct public money to the public good of scientific innovation, technology transfer and crucially super-fast broadband.”

Mr Gove did not see trade barriers, but rather opportunities for farmers to be better at what they do and to become more competitive. He said that Liam Fox, Secretary of State for International Trade, has made boosting food and drink trade deals a central priority for 2018.

“We are confident of building an economic partnership with the EU that guarantees tariff-free access for agri-food goods across each other’s borders,” Mr Gove continued. “Securing greater access to, and penetration of, other markets will be important to British agriculture’s further success.”

Touching on the labour issue, Mr Gove suggested that seasonal labour would still be easily available, but he proposed that those who made capital investments in modern processes were more likely to thrive and succeed in the long term than those who rely on labour-intensive methods.

According to reports, the Government now proposes to keep similar payments to the BPS available until 2024. The current EU payments may well end at the end of 2020 to tie in with the EU budget, and Mr Gove suggested that area-based support payments would be phased out over a longer period after that, but “we won’t perpetuate that forever”.

The politics session was sponsored by Massey Ferguson