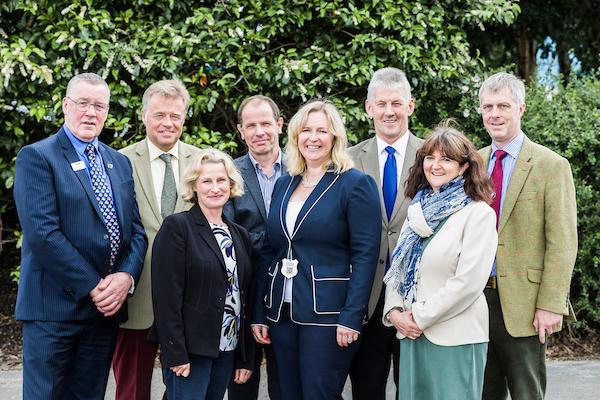 The Oxford Farming Conference held its inaugural debate at the Royal Highland Show on Thursday 22 June, sponsored by Brodies solicitors.

The panel of five were posed with the challenging topic: “this house believes that UK agriculture will thrive outwith the European Union”.

The debate, sponsored by Brodies, was timely following the changed political landscape after the General Election. The debate was chaired by Anna Hill who is one of the presenters of BBC Radio 4 Farming Today and an OFC Director.

The soundbites highlight the passion in their discussions:

George Lyon, despite having been pro-remain in the run up to the Referendum, said that he felt the UK and Scottish agriculture would thrive. “Since the corn laws, farmers have shown their tremendous ability to adapt, to restructure, to innovate and to cut costs, no matter what the political framework that they have to operate within. I have no two doubts that we will restructure and we will have a very successful industry post-Brexit.”

Where he was less certain surrounded what the industry will it look like and which sectors actually do well out if and which farmers take a grasp of the opportunity it throws up. He added that some farmers will also need to think about whether they see a future post-Brexit, or whether they need to make another decision about their lives.

Andrew McCornick said that “car industries can move their production plants to anywhere in Europe, the finance sectors can carry their laptops with them, farmers cannot uplift their farms and move them. We have a future and we have to make that future what we want it to be. To do this we have to change our mindset and treat this more as a business. Some sectors will suffer more than others, that’s why we need this transition.”

Caroline Drummond said that a year on since the Brexit Referendum, a lot more had been said than done. She added that the world that we are living in is volatile, uncertain, volatile, complex and ambiguous. Her observation that Scotland has a lot to be positive – its biodiversity, quality, brand and provenance, as well as its world-class research, its tourism and its sheer beauty.  Creating a new agricultural policy for the whole of the UK has to be about enabling and adding value.

Guy Poskitt described farmers as survivors. He wants to see free trade and added that the industry has to have access to labour. “There is not enough UK labour to do the work we need to do and I would argue with the UK Government every day to say that if you take my labour away, I will grow cereals, but if you take that labour away from hospitals and care homes and see how you can run your businesses.”

He added that anyone who thinks we will get the same level of support will be disappointed. “We are obviously going to get a cut and paste of the EU legislation, are we going to be able to simplify that and still supply their markets?”

Jim Fairlie said that we should ask whether Scotland could exist outside the EU, undoubtedly yes, he suggested. Riding on the back of global brands like Scotch Whisky will be and opportunity he suggests, because they access many markets.

The OFC Directors would like to thank Brodies for their generous support of this event.