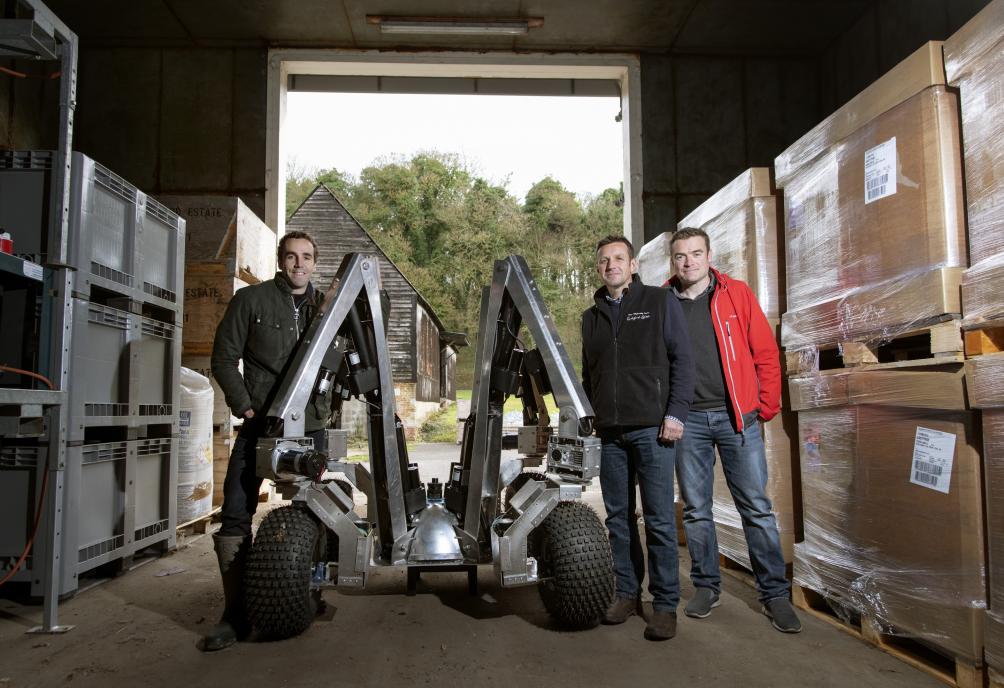 A blog by Sam Watson-Jones about how the OFC propelled the Small Robot Company into a game-changing future for this small innovative company.

It’s been a tremendous year for our small robots. Not even a year ago, I launched our Small Robot concept at an Oxford Farming Conference fringe event. Here, I introduced our Tom, Dick and Harry farming robots to the farming community. I unveiled our Farming as a Service concept, explaining how our robots will farm arable crops autonomously, with no waste.

We have made phenomenal progress. Today, we have three prototype robots, three patents pending and an AI that can already distinguish Wheat from Weeds. We are in trials in 20 farms across the UK, including the Waitrose Leckford Estate farm and The National Trust Wimpole Estate farm.

Within minutes of launching our Crowdcube equity crowdfunding campaign last week, we had already achieved our initial goal of £500,000. Our success was overwhelmingly due to backing from the farming community, and now our campaign is gathering momentum to reach our stretch target.

The OFC was the rock that made us snowball.

We’d successfully previewed the concept to an exclusive group of agritech enthusiasts at AgriTech East REAP the previous month. The OFC was then our first big industry event. With only a fledgling prototype robot and a Powerpoint deck to our name, we were arguably a little early to the party. But it proved game-changing.

Oxford was our flag in the ground: a statement of intent. Our small robots have a big ambition. We want to revolutionise food production: transform it forever, using robotics and artificial intelligence. In short, an entirely new model for sustainable farming.

The audience were “baffled but excited.” Listening intently were several of our first customers, including The National Trust. And we’ve heard numerous times since that the OFC is what first brought us to people’s attention. It has certainly proved the right audience for us to get our business started.

Media attending the event were equally intrigued. BBC Farming Today, The Guardian, Crop Production Magazine, Farm Business and Farmers Weekly all first heard of us when attending the conference. Which then lead to the Economist, WIRED magazine, the Financial Times and BBC News taking notice. And to a partnership with the NFU on its fantastic Farmvention STEM initiative.

Punching above our weight perhaps, but with a hugely successful business outcome. We’re now very much on the map, and exceedingly well-placed for our Crowdcube campaign. With this funding, we will build robust robots for commercial trials across the UK in 2021.

Back in the mists of time, we wouldn’t be here without the OFC. It was a talk by Professor Simon Blackmore at the OFC that first brought the concept of swarm robotics to our attention. Both myself and our co-founder Ben Scott-Robinson then got in touch with Simon, and he introduced us to each other. Small Robot Company was born.

2019 will be a great year to be a farmer. The digital revolution is gaining pace, and within five years will be mainstream at scale. Small is for the future.