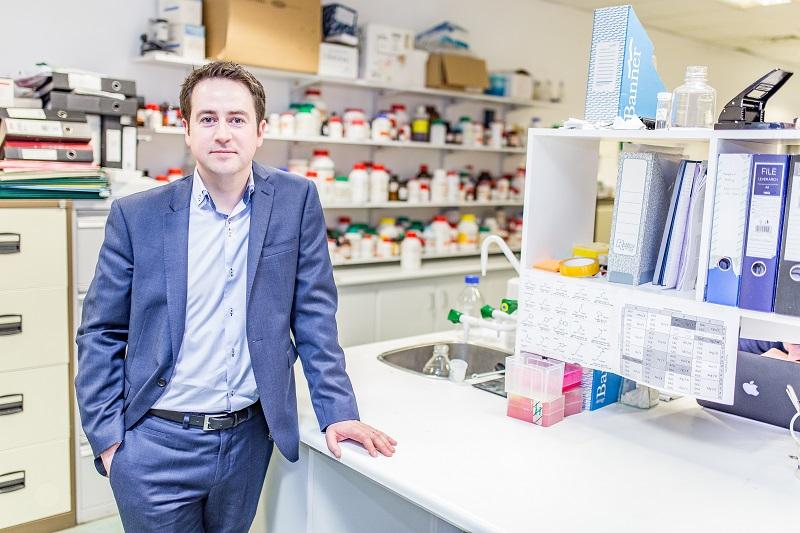 Developments in science could help livestock health and food safety throughout the supply chain. We asked Professor Brendan Gilmore to explain more.

Plasma (wholly or partially ionised gases) makes up around 99% of the observable universe - such as stars, solar flares and even strip lights typically used in offices - says Professor Brendan Gilmore.

Recent advances in science now mean cold plasma could be used to kill antibiotic-resistant bacteria and pathogens in food. This has big potential for antibiotic resistance across the globe and also for the agri-food sector from farm to fork.

To investigate this further, Prof Gilmore is heading up a £1m BBSRC-SFI funded project to transfer cold plasma technology into uses in the agri-food chain.

What is cold plasma?

Plasma is the fourth state of matter, after liquid, solids, and gases. It is a type of gas that is different to neutral gases as it is very energetic and is ionised.

Scientists have been able to generate “thermal plasma” for years, at high temperatures, for use in a range of industrial applications including sterilisation of surgical instruments.

But the generation of cold plasma is relatively new and means plasma can be created at room, or body, temperature - enabling it to be used in many more applications.

What does cold plasma do?

Cold plasma can destroy harmful pathogens and bacteria that are resistant to antibiotics. This is because, unlike antibiotics, it produces an array of antimicrobial species that can be tailored to distinguish between tissues and attack bacteria or pathogens in multiple ways.

How could it help farmers and the agri-food sector?

Harmful bacteria and pathogens in food could be destroyed with a simple cold plasma tool during processing. This would avoid food having to be heated to high temperatures and help increase shelf life, says Prof Gilmore.

Because cold plasma is effective at tissue temperature, it could be used to treat chronic bacterial infections in livestock. This would reduce the reliance on antibiotics and help where antibiotics have not been effective.

This is safe for the animal and food chain because cold plasmas generate antimicrobial species in situ,which leave no residue in the environment.

It could also help with farm biosecurity: Use of disinfectants can lead to the emergence of antibiotic-resistance bacteria, but cold plasma could represent an alternative to conventional disinfectant biocides, says Prof Gilmore, and also be used for decontaminating air in livestock sheds.

When will be see this technology on farm?

Within the next three to five years, estimates Prof Gilmore.

Trials are being done in the US currently. The medical profession is looking at the technology and several companies in the agri-food chain are interested, he says.

The technology should be relatively affordable for the average farmer and there are a number of companies already specialising in developing cold plasma tools.

How can I get involved?

Prof Gilmore is looking for farmers to run trials with him through Queens University Belfast. Interested farmers can contact him by emailing b.gilmore@qub.ac.uk.

Who is Prof Brendan Gilmore?

A scientist and director of the recently-established Centre for Plasmas in Agriculture ‘AgriPlas’ at the Institute for Global Food Security at Queen’s University Belfast, which has been funded through the Innovate UKCentre of Innovation Excellence in Livestock.

His research group been working on the microbiological applications of cold plasma technologies for about eight years and last year he won the Society for Applied Microbiology’s WH Pierce Prize for his services to microbiology.

Prof Brendan Gilmore will join the World of Innovation session on Friday 4th January 2019 at the Oxford Farming Conference. His presentation will join a series focused on some of the world's most spectacular innovations in food and farming, their impact, and the barriers to acceptance and how to overcome them.