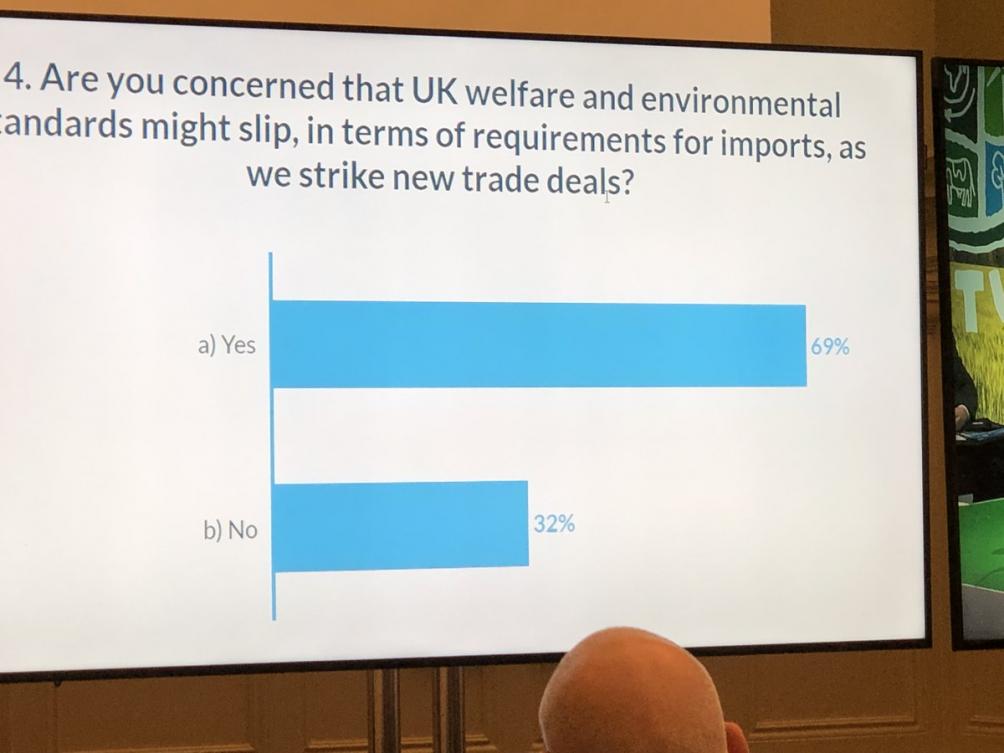 To poll the general mood of the industry, the audience at #OFC19 were asked to vote on some leading questions about the future of UK farming. Here are some of the results:

Will Brexit be good or bad for farming over the next five years?

Will Brexit be good or bad for farming over the next 25 years?

Did you vote for Brexit?

And if there was an immediate referendum, how would you vote now?

10% would leave with no deal

Were you more or less assured after Michael Gove's speech at the conference?

Are you concerned that UK welfare and environmental standards will slip as we strike new trade deals?

Are you confident that trade deals will increase in the five years post-Brexit?

In the famous union debate, the motion this house believes the country would be better served if farmers focused on profits rather than public goods, was carried by:

REGISTER FOR OUR NEXT BITESIZE - 4 November 2021 - Resilient Leadership

Good leadership can influence a business, its people, and the way it is perceived by the industry. It can define the direction, inspire a vision and create a positive culture for all involved. But what does good leadership look like and how has it changed over the years? What skills and experience do leaders need to be resilient now and in the future, in particular during this turbulent time within agriculture.What are the qualities of a good leader? During our final Bitesize of 2021, we partner with the Global Farmer Network to hear from three leaders from different parts of the world,