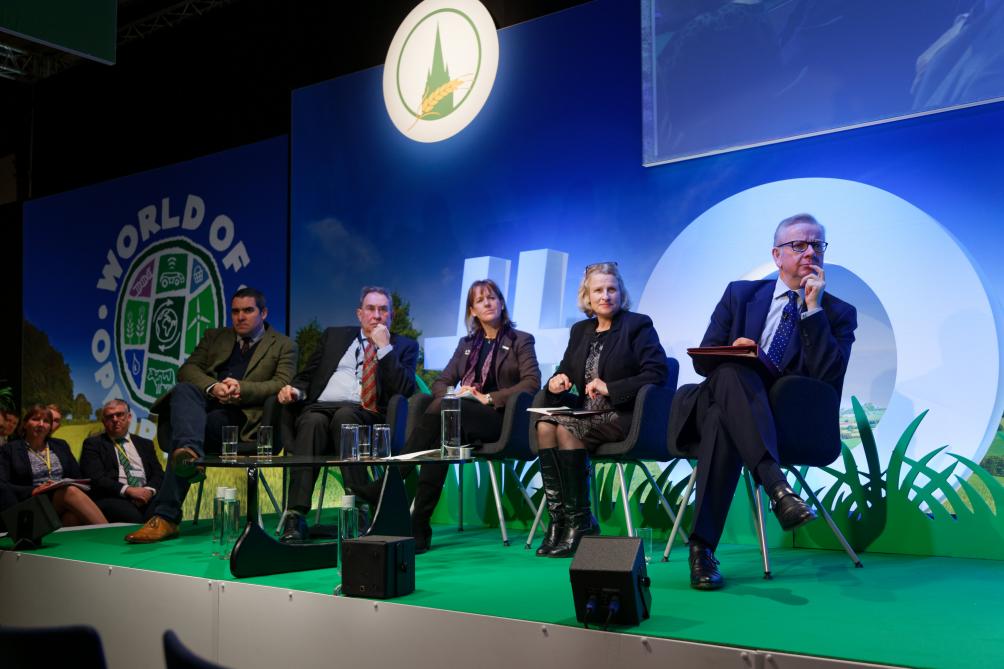 In his address to the Oxford Farming Conference, Environment Secretary Michael Gove said that Brexit gives farmers a world of opportunity.

Pledging investment in research, big data, robotics and artificial intelligence to boost productivity on traditionally farmed land, he promised to "support the case for, and put in place, the policies that underpin, long-term investment in British agriculture and the rural economy" even though he could not pre-empt the outcome of the government’s Spending Review later this year.

He encouraged farmers to see the long game: "A week can be a long time in politics, but farming requires the patience and foresight to see beyond the immediate and scan the far horizon. It is a quintessentially long-term business, one that benefits from as much certainty as possible about the future."

With the UK scheduled to leave the EU on 29 March, Mr Gove urged his colleagues to give farmers this certainty and support the Prime Minister's deal. He highlighted the fact that it ensures that farmers' current access to the EU will be unaffected during the 21-month transition period following Brexit.

"It will avoid disruption of no-deal while paving way for reforms to put UK farmers in a world-leading position in terms of food production and environmental stewardship."

Mr Gove believes the deal will allow UK exporters to maintain continuous tariff-free and quota-free access to EU markets after that.

"It allows us largely to diverge from EU regulation after the transition, to leave the Common Agricultural Policy and end all mandatory payments to the EU".

Mr Gove praised the role of British farmers as food producers, and their provision of healthy and affordable food as part of a food and drink sector that contributes £113bn to UK economy every year.

Unable to take this for granted as a nation, he has commissioned a food strategy led by Henry Dimbleby to give the UK the greatest opportunity to have healthy domestic productivity combined with vital global trading links.

Along with the high standards of food production, Mr Gove referred to the importance of the UK's responsible contribution to mitigating climate change and said that "we must not barter these away for a short-term trade off."

The UK's universities are some of the most respected in the world, and lead the way in bio-science and agri-tech, and Mr Gove also called for greater collaboration to attract more talented people into the industry. He praised his colleagues, including NFU President Minette Batters and former Nestle Chair Fiona Kendrick, for thinking creatively to do this.

Mr Gove recognised that if, what he calls the Fourth Agricultural Revolution instigated by technology and big data, is to succeed, rural connectivity is crucial, and the Government has committed £200m to enhancing rural broadband.