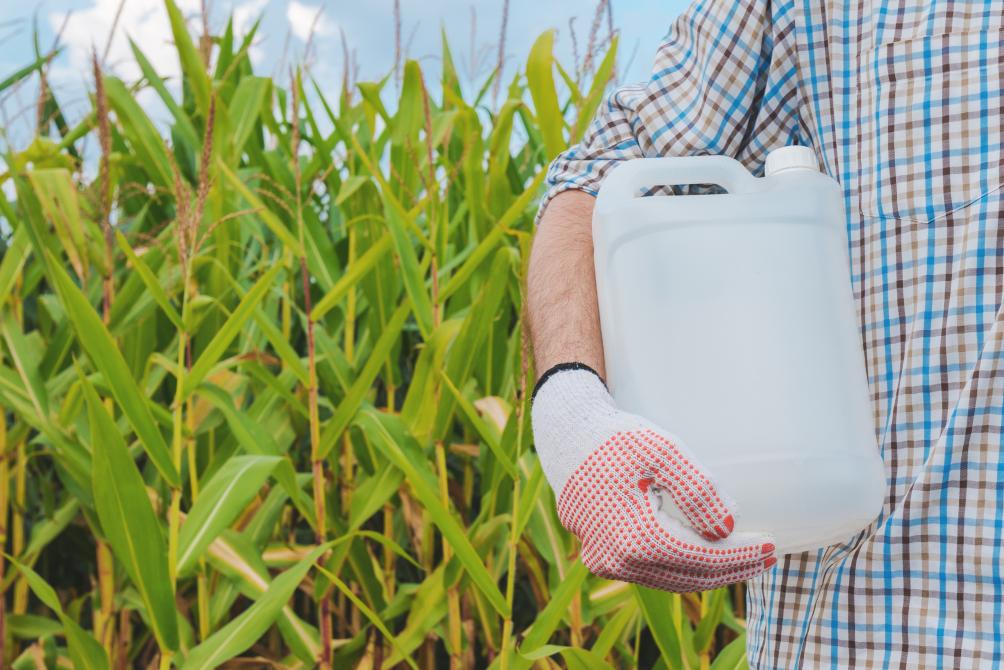 Can farming shake the addiction it has to the products that have brought it to where it is? There may be a World of Opportunity that awaits it if it can.

We are, all of us, pharmaholics. We’re addicted, and always have been, to a pill or a solution forming the cure to our problems.

It’s nothing to be ashamed of, and it’s a mark of the brilliance of human endeavour that we can not only solve our problems, but deliver those solutions in such a neat and precise manner. But do we truly recognise that they are purely manifestations of a solution, and not the solution itself?

Nowhere is this more apparent and the resulting challenges greater than in farming. Pharmaholism is deeply entrenched, and if the industry doesn’t change, the number of people starving in the world will grow. But the solution is remarkably simple and it’s within our grasp.

I’m a farmer, and I’m a herbaholic – addicted to the herbicides I’ve used throughout my farming career to control weeds. As my requirement grew to get better, more effective control of blackgrass – the key weed on my farm – so the market presented better, ingenious products that did the job – marvellous.

Except I didn’t see that the blackgrass was developing resistance to the herbicides. It was masked by the iteration of new products, fed by an innovation pipeline. I now know I’m a herbaholic and these products just fed my addiction. The innovation pipeline has now dried up, driven partly by greater regulation in Europe. Also, herbicides now attract less investment than previously as agchem manufacturers have switched their focus to innovate in new crop technologies, such as GM – tools I don’t have access to. So I’ve gone cold turkey.

The major challenge for farming is that I’m not the only herbaholic – far from it. I’d suggest that nearly every conventional arable farmer is. We are also fungaholics, and the consequence is that the disease pathogens we are trying to control are mutating and getting ever stronger. Pharmaholism is rife in livestock farming and anti-biotic resistance is reaching worrying levels.

Is it time for change? Yes, but we should be wary of throwing the baby out with the bathwater. There are some who call for radical change, but we should recognise how far farming has come.

Since my grandfather bought the land I now farm in the 1920s, we’ve increased the amount of food it produces by four times. My family has made step changes in our farming practices through utilising a ready pipeline of innovation that furnished us with solutions, each and every time we encountered a problem.

More recently, though, productivity growth has stagnated – the step-by-step iteration my father and grandfather enjoyed has stopped and I’m producing the same amount of food as I was ten years ago. One of the reasons is blackgrass, and this is a problem nationally – five years ago, the UK had an exportable surplus of wheat of around 4M tonnes. But the consequence of farmers, like myself, struggling to control blackgrass is that it’s reduced to practically zero.

That means our inability to control blackgrass shifts our burden of production to somewhere else in the world. Put another way, if that shortfall can’t be made up elsewhere, 11.4M extra people will fall below the starvation line. So that pipeline of innovation has ensured productivity has kept pace with population growth – shut it off or change too radically and people starve.

But this system has also bred a generation of pharmaholics and it’s time to change – if I come to the end of my farming career and my fields are full of waving blackgrass, with productivity stagnant, how is that leaving them in a better state for the next generation?

The way forward lies in recognising my addiction for what it is. Every time a pharmaholic like me encounters a problem, we reach for a product to solve it. But that’s just a pill or solution. The innovation itself was the creation by brilliant minds that was simply channelled into what’s been the most efficient route to market for the past few centuries.

So imagine a world unfettered by pharmaholism, where knowledge, rather than product is exchanged, and rather than one channel, there’s a myriad routes through which the innovation is delivered. Imagine if new ideas flowed from the farmer to the scientist as well as from the scientist to the farmer. Imagine you could collect the creative knowledge of both communities and build a network in which it’s shared honestly and openly, using transparent systems built on dependable trust and reliable data.

We can use artificial intelligence, plant and animal genetics and a host of other new routes to bring innovations to the field. We can build that into a new approach to farming, where productivity growth is less about encountering a problem and finding a solution. Instead, you start with knowing the potential amount of food your land can produce and gradually remove the limitations that hold it back – it’s a concept the more forward-thinking farmers are already following.

A world where innovations are built on co-creation, where robust technologies such as blockchain preserve the intellectual property, could be far more empowering, both for the user and for the creator. A farmer becomes a stakeholder in the knowledge as much as the scientist, which means it’s equally accessible to the Tanzanian cassava grower as to the Oxfordshire wheat farmer.

The beauty about this World of Opportunity is that it exists. It never has before, but it does now. We have the technologies, the knowledge, the capability and the willingness to share in a trusted environment that could, if combined, truly transform the way we live and genuinely make the world better. We’d leave behind the debilitating curse of pharmaholism, even put an end to food poverty itself, and step into a new chapter of wondrous existence. All we have to do is to open our minds, put our faith in human endeavour and allow it to happen.