UK needs to step up and lead on world trade 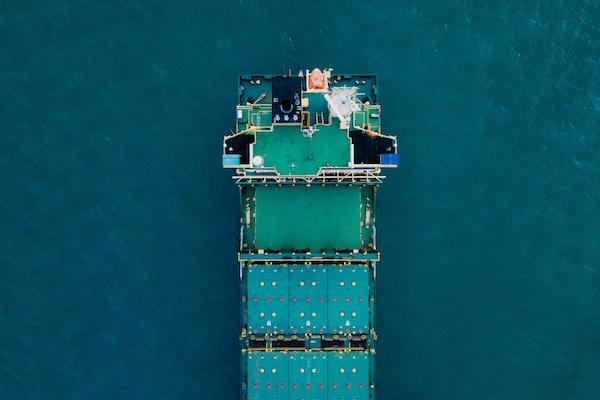 With the US pulling back from the world stage and the UK about to leave the EU, former New Zealand High Commissioner, Sir Lockwood Smith, says the UK needs to step up.

As Donald Trump slaps tariffs on imports and pulls the US back from its role as the global leader in international trade, there is a role that needs filling - and the UK, with its long history of trade, could well fill this void.

That’s Sir Lockwood Smith’s view - a New Zealand beef farmer, politician and diplomat who was High Commissioner to the UK when the EU referendum took place.

As a former agricultural and trade minister, he has a wealth of experience in trade strategy and is a member of the International Trade Advisory Council of the UK’s Institute for Economic Affairs, a leading free-market think tank, working on Brexit.

Brexit should see the UK’s voice emerge at the WTO, which will be important as the US seeks to change the way the international community trades, he says.

“To have the UK there pushing for trade liberalisation…I think the world will be the better for it,” says Sir Lockwood Smith.

You don’t have to be big to lead

China’s economy is huge and Brazil and India may be rising, but the UK has enormous political clout and soft power still, says Sir Lockwood Smith.

Far from being seen as a fading empire overtaken by much bigger economies, many people around the world recognise the UK’s longtime trading pedigree. On digital and finance in particular, the country could lead the world’s trade, he says.

“I sometimes think people in the UK don’t see yourselves the way we [in the rest of the world] see you,” says Sir Lockwood Smith.

“You are the fifth biggest economy in the world, a major trading power still and with a huge history of trade - in some ways, the EU has curtailed that. You have a lot of soft power and heritage as a stable democracy.”

As a major player in the Commonwealth, the UK is in a unique position to lead now, he believes.

“You don’t have to be big to take a leadership role,” he adds.

New Zealand is a good example: Although its economy is tiny compared with the UK, it was New Zealand which kick-started the Trans Pacific Partnership, a huge free trade agreement between 11 Pacific-rim countries.

“Leadership was shown by a small country like New Zealand, so to me it’s all about attitude and stepping up to the plate,” he says.

“But that’s not going to happen if the UK is tied to the EU customs union,” he adds.

Opening up to the world will increase competition, which some British farmers will find challenging, and may end up leaving the industry as a result, admits Sir Lockwood Smith.

But he believes ultimately competition will improve the industry, although he does not recommend removing all support at once, like New Zealand did.

“While I accept that I’m an optimist…the opportunity to improve productivity is real ,” he believes.

Sir Lockwood Smith will be speaking at the Oxford Farming Conference, which takes place between the 2-4 January 2019.